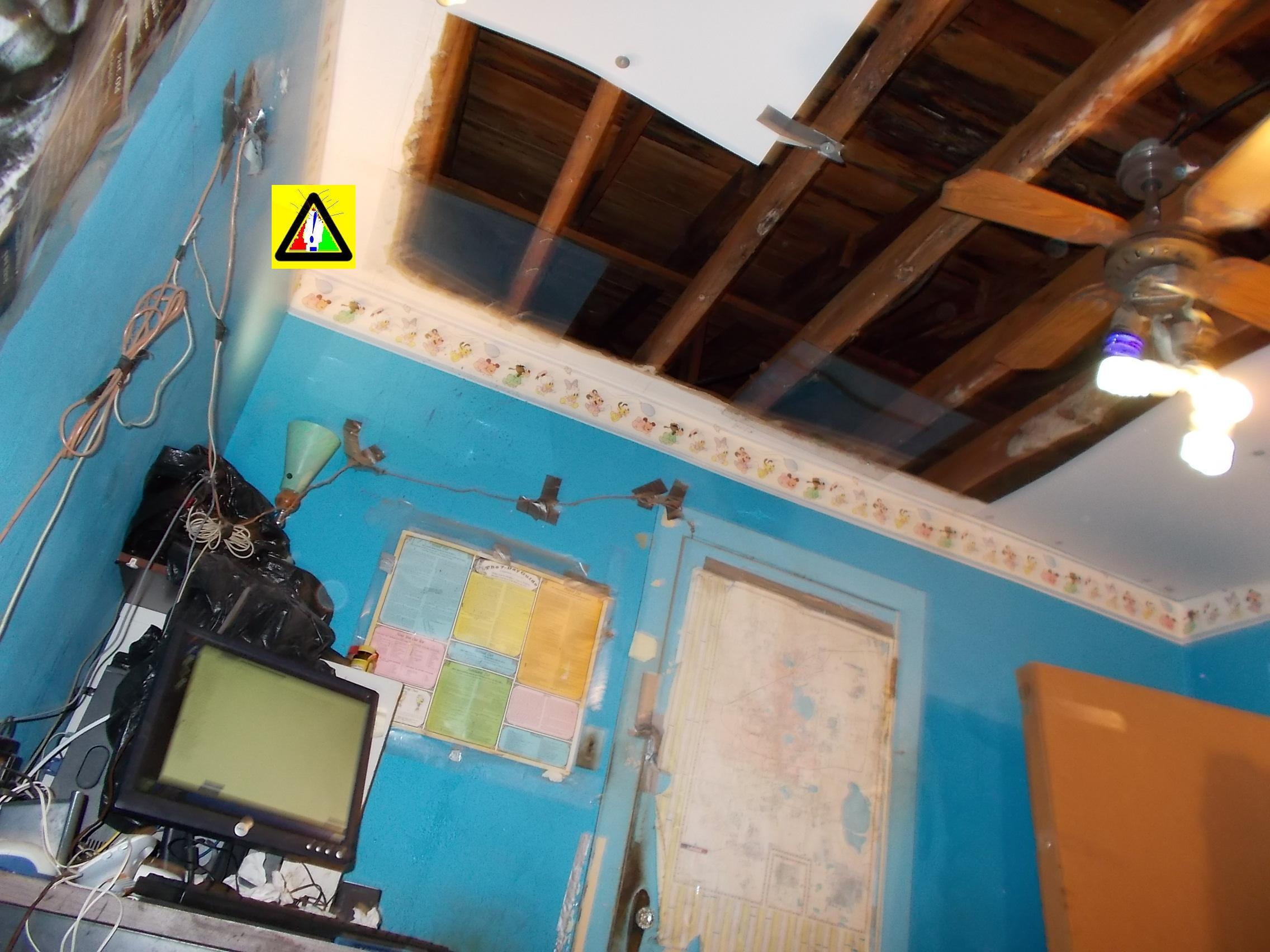 The ceiling in my bedroom, which is pictured above in a photograph taken 1 year and 1 day ago (the photo was taken on Sunday, 30 August 2015, and today is Wednesday, 31 August 2016) has finally been repaired of the damage incurred from several serious leaks in the roof, and I had repaired the roof to prevent further damage to the ceiling. -- However, the roof has begun leaking again, and I am unable to fix it for no less than three (3) reasons:

1) I do not have the funds for either roll roofing & roofing tar -- or the 10-year roof sealant, which costs close to 20 dollars per gallon at Home Depot.

2) Even if I did have a million dollars, I would be wholly and completely unable to effect repairs while it is raining: The rain would have to cease & desist for at least a day, and there would have to be “hot, dry” weather to dry out the roof, or else, otherwise, the stop-leak sealant would not bind and cure properly.

3) I am getting older, and this would require a good deal of hard work (part of it up on the roof), resulting in both physical and spiritual stress, and I am like most or all others reading this: I don’t feel 100% every day.

For the aforementioned reasons, I do not plan to be online much (as I would be wise to keep my computer covered up to protect it from potential rain-damage), and saving the world on Facebook is not the only responsibility I have anyways. **PRAYER REQUEST** -- For those of my friends who have a religion, I respectfully ask you to pray for me, to Almighty God, with regard to this, and other, problem(s). -- And to those friends who do not have a religion, please get a religion -even if just for this purpose. Here are current photos, below, of the water damage, which is now occurring, due to the excessively-strong rainy season: By Executive Action, I have declared a State of Emergency in this regard, and I repeat my request and call for prayer, suggestions, and/or even actual assistance, if that would be possible (it may not be). ~~Gordon Wayne Watts, LAKELAND, Florida, USA/// 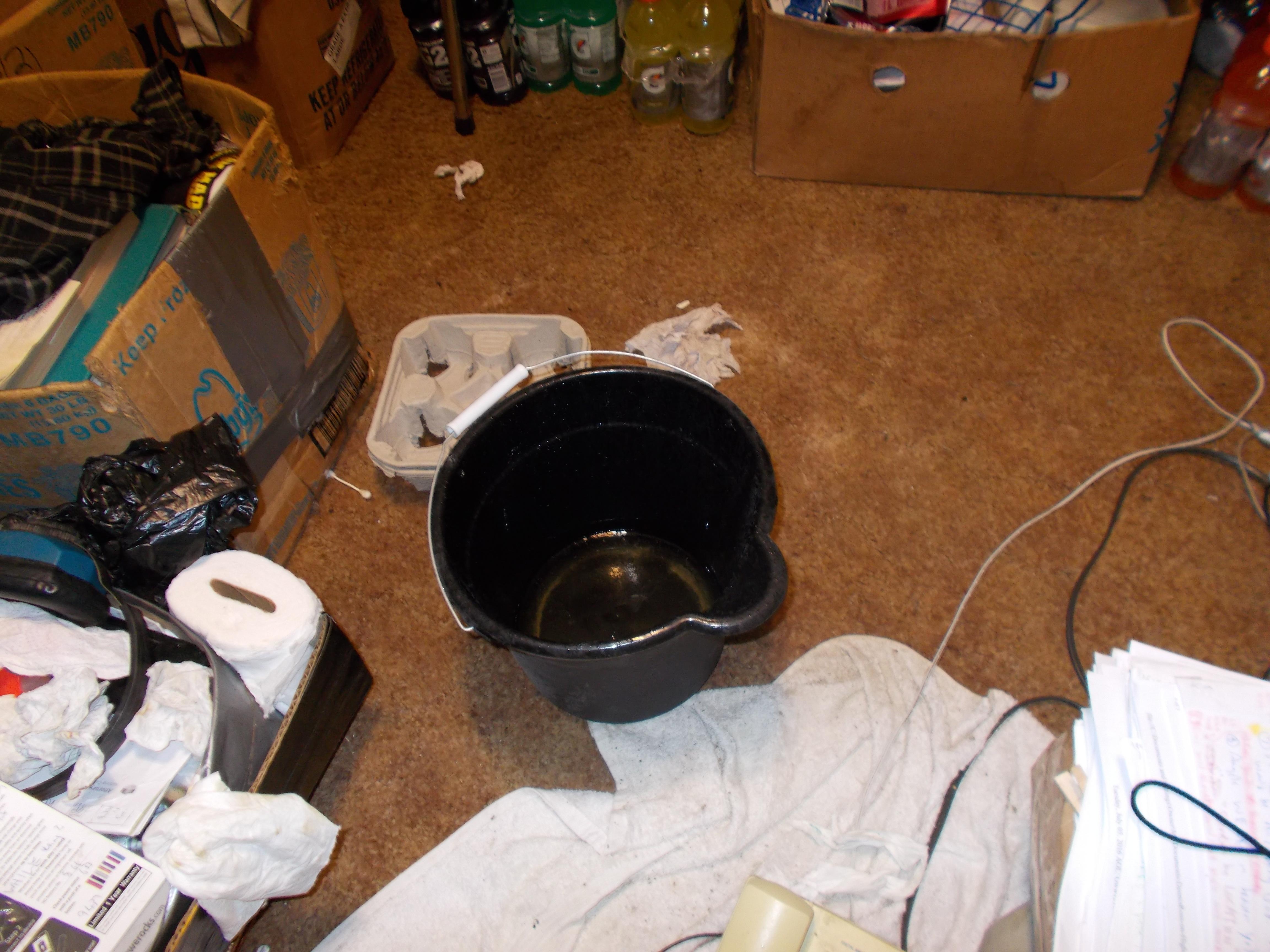 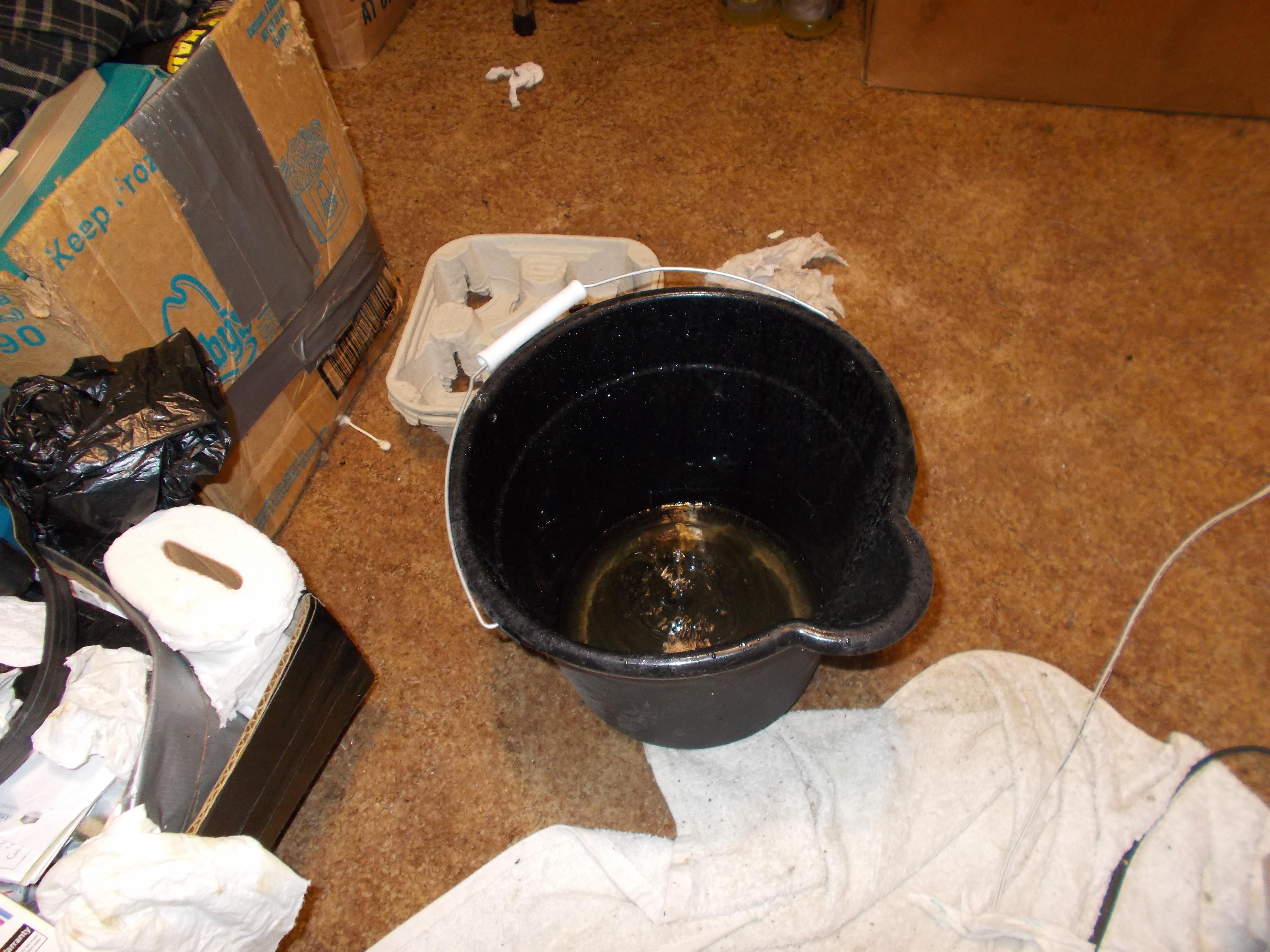