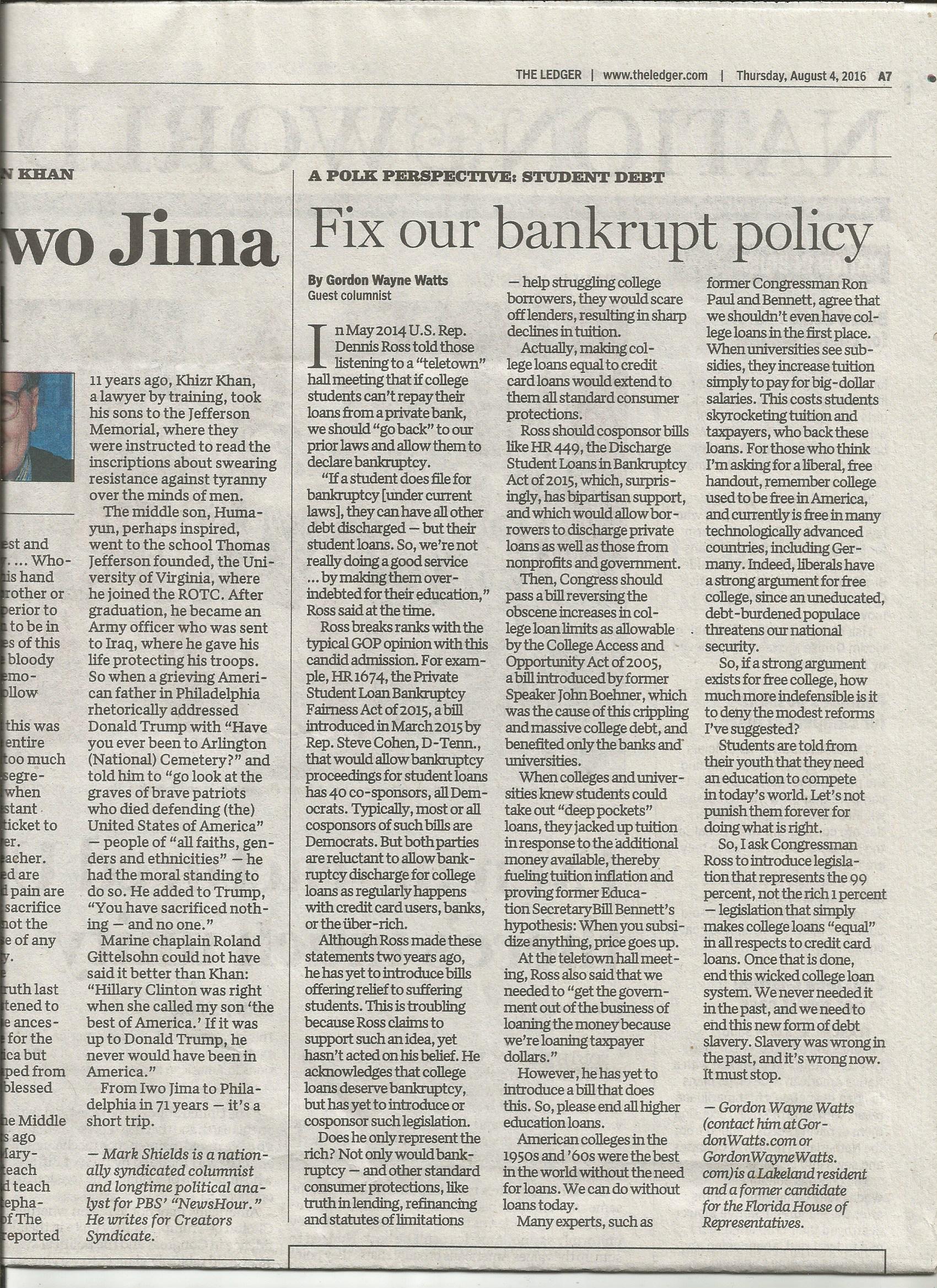 Accepted by all observant Christians as Canon Scripture: The Holy Bible – JESUS speaking:

“46 And He said, “Woe to you also, lawyers! For you load men with burdens hard to bear, and you yourselves do not touch the burdens with one of your fingers.” [Luke 11:46, NKJV] “3 Therefore whatever they tell you to observe, that observe and do, but do not do according to their works; for they say, and do not do. 4 For they bind heavy burdens, hard to bear, and lay them on men’s shoulders; but they themselves will not move them with one of their fingers.” [Matthew 23:3-4, NKJV] See also JAMES, the brother of our Lord, Jesus: “1 Now listen, you rich people, weep and wail because of the misery that is coming on you. 2 Your wealth has rotted, and moths have eaten your clothes. 3 Your gold and silver are corroded. Their corrosion will testify against you and eat your flesh like fire. You have hoarded wealth in the last days.” [James 5:1-3, NIV] – Commentary: 'Lawyers' & others, such as Federal Lawmakers, who “load men with burdens” (by passing laws stripping students' ability to obtain bankruptcy for most college loans -and stripping 'Truth In Lending' requirements to give borrowers fair 'Due Process' notice of this) certainly violate the Golden Rule. Lawmakers are hypocrites: They wouldn't accept this 'too hard to bear' 'burden' on their shoulders!

* Exodus 22:25, (AMP) – “If you lend money to any one of My people with you who is poor, you shall not act as a creditor (professional moneylender) to him; you shall not charge him interest.

* Nehemiah 5:7; 5:10; 10:31b (AMP) – 7 I thought it over and then challenged the nobles and the rulers. I said to them, “You are exacting usury (excessive interest) from your own brother (relative).” So I held a great assembly to confront them. 10 And likewise I, my brothers, and my servants are lending them money and grain. Please, let us stop [charging] this interest. 31b ...we will not buy from them on the Sabbath or on a holy day; and we will give up raising crops during the seventh year [leaving the land uncultivated], and forgive every debt.

* Proverbs 28:8 (AMP) – He who increases his wealth by interest and usury (excessive interest) Gathers it for him who is gracious to the poor.

Gordon Wayne Watts (gww1210@aol.com ; contact him at GordonWatts.com or GordonWayneWatts.com) is a Lakeland, Fla. resident[[**]], one-time candidate for Florida state house, and part-time advocate. He almost won on behalf of Terri Schiavo[1], all by himself, in state court, and, more recently, was believed to be the only NonLawyer that a Federal Appeals court allowed to participate in the recent spate of 'Gay Marriage' cases.[2] Watts is currently asking the US Supreme Court to strike the law in question.[3] Watts has a double major with honours in Biological & Chemical Sciences from The Florida State University, and was Valedictorian of his graduating class at United Electronics Institute. DISCLAIMERS: Watts has a huge college debt, estimated to be almost 60 thousand dollars, according to the March 18, 2016 intervention motion he filed in Tetzlaff v. ECMC, #15-485, before the US Supreme Court[3], which suggests a bias for relief. But as Watts is currently on IBR (Income Based Repayment) with his loan, capping him at 10% of his discretionary income, which is 10% of zero, and does not expect this to change, this removes a conflict of interest (aka personal bias) of monetary gain from the proposed change in law he seeks. [[**]] Lakeland, Fla. is squarely between Tampa & Orlando, Florida.

[3] “Is the Mark Tetzlaff Case Over at the Supreme Court? Maybe Not.,” Posted by: Guest Post March 23, 2016: https://GetOutOfDebt.org/98813/mark-tetzlaff-case-supreme-court-maybe-not