-----Original Message-----
Date: Thu, 16 Feb 2017 14:34:47 -0500
From: gww1210@aol.com
To: Betsy.DeVos@ed.gov, Tracy.Catoe@ed.gov, gww1210@aol.com, gww1210@gmail.com
Cc: FL15RossDennis@mail.house.gov, kyle.glenn@mail.house.gov,
Kevin.drake@ledgermediagroup.com, kevin.drake@theledger.com,
tnickens@tampabay.com, nickens@tampabay.com, local@tampabay.com,
tbteditors@tampabay.com
Subject: @ T. Tracy Catoe (Ms.) - Thank you for your cooperation. For attachments in this email & related docs, please refer to this folder:
http://GordonWatts.com/tips/ or:
http://GordonWayneWatts.com/tips/
Dear Ms. T. Tracy Catoe (202-205-4169 / 202-401-1361)
You're welcome - and thank *you* for acknowledging my both my original email and also my errata, where I showed my human side regarding email mistakes & corrections. And, thank you, also, for your personally replying (as opposed to an automated reply). (Normally, misspelling my last name, below, as you did, would be "bad," but in this case, it shows that you personally typed out your response, which is good.)
Just remember one thing: While I'm quite human & far from perfect, my suggestions (which will be easier said than done) are meant to help you, your department, and your new boss, Sec. DeVos, navigate the difficult waters ahead -- and fulfill the dreams of former Sec. of Ed, Dr. Bill Bennett, who (like myself) was frustrated with how taxpayer-backed subsidies tempted lenders & colleges to increase costs (including, of course, tuition).
Together, we can MAKE AMERICA GREAT AGAIN -- like it once was, in recent decades past, when college was "affordable," and the best in the world. I sent your colleagues a lot of stuff, and you will probably need time & effort to review -- Take your time; I wish you the best. However, while I'm returning a copy of my original email, below, & attachments (just to be on the safe side), thankfully, I do not have anything new to add. (What I already sent the Dept of Ed will be enough of a tool box to help you finish the job.)
Gordon W. Watts 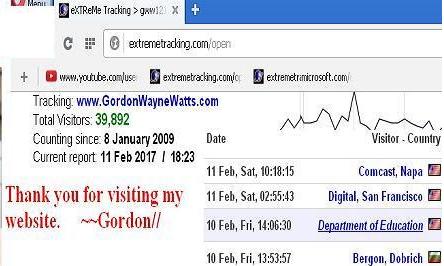